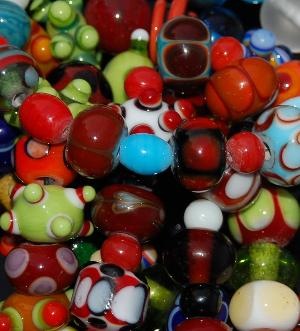 LAMP WORK JEWELLERY - All shapes, colours and patterns. We have many in stock, but you can also have your own beads made specially for you. Beads to fit Pandora style bracelots. 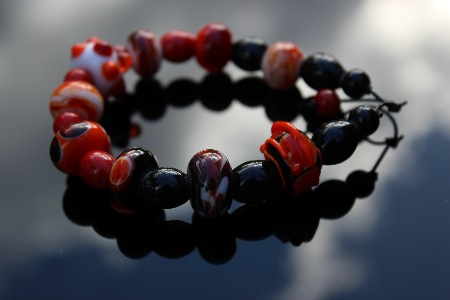 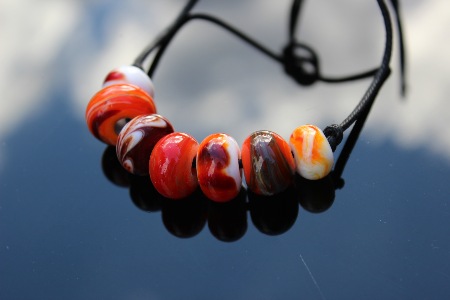 Lampworking is a type of glasswork that uses a gas fueled torch to melt rods and tubes of clear and colored glass. Once in a molten state, the glass is formed by blowing and shaping with tools and hand movements. It is also known as flameworking or torchworking, as the modern practice no longer uses oil-fueled lamps. Although the art form has been practiced since ancient times, it became widely practiced in

Italy in the 14th century. In the mid 19th century lampwork technique was extended to the production of

paperweights, primarily in France, where it became a popular art form, still collected today. Lampworking differs from glassblowing in that glassblowing uses a blowpipe to inflate a glass blob known as a gob or gather, thereby inflating it by blowing air into the blowpipe, whereas lampworking manipulates glass either by the use of tools, gravity, or by blowing directly into the end of a glass tube.

Early lampworking was done in the flame of an oil lamp, with the artist blowing air into the flame through a pipe. Most artists today use torches that burn either

natural gas, or in some countries

butane, for the fuel gas, with either

oxygen (which can be produced by an

oxygen concentrator) as the

Lampworking is used to create artwork, including figurines, trinkets, curios, Christmas tree ornaments, beads and much more. It is also used to create scientific instruments as well as glass models of animal and botanical model. Ingrid uses the hot flame of the lamp to create a range of bespoke one off beads to use as jewellery. It is possible to combine the hot furnace glass technique and add the tiny lamp worked piecesinto other pieces such as vases and paperweights.

A lampwork bead bracelot prices range from £60-£200 It is possible to have beads made especially for you in whatever colours and patterns you desire. 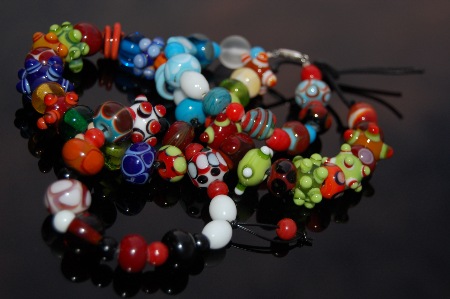 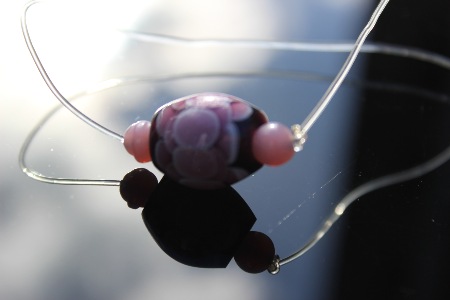 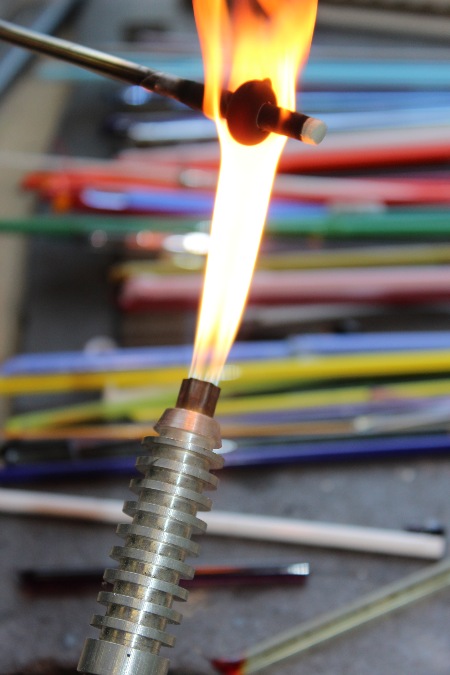 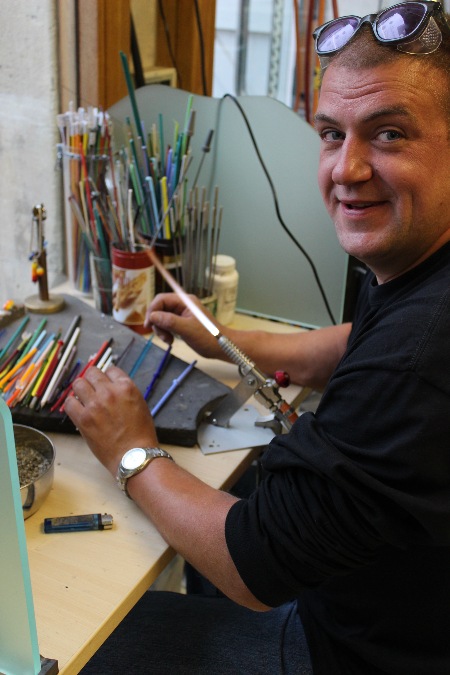 We have made our range of stunning jewellery from a new medium that is literally out of this world!....

glass was developed by NASA in the 1950’s and 60’s in order to protect astronauts eyes. They vacuum-deposited ultra thin layers of gold onto the glass of their visors, the deposits reflected most of the unfiltered sunrays in outer space. Impressed by the beautiful effects, engineer Murray Schwartz endeavoured to make dichroic glass available to the artist community.

The different colours you see are the result of the type of metal oxides applied, their thickness and the angle in which the light is reflected. By rotating the piece in your hand you will find it appears to change colour as the angle changes.

oxides which give the glass

dichroic optical properties. The invention of dichroic glass is often erroneously attributed to

NASAand its contractors, who developed it for use in

dichroic filters. Dichroic glass dates back to at least the 4th century AD as seen in the

silica are vaporised by an electron beam in a vacuum chamber. The vapour then condenses on the surface of the glass in the form of a crystal structure. This is sometimes followed by a protective layer of

[3]The finished glass can have as many as 30 to 50 layers of these materials yet the thickness of the total coating is approximately 30 to 35 millionths of an inch (about 760 to 890 nm). The coating that is created is very similar to a

gemstoneand, by careful control of thickness, different colours are obtained.

We are hoping to now use dichroic glass in our other glass designs. We are experimenting with tiles and coasters and hoping to move forward into the area of interiors and produce a range of sink units  and tiles which will incorporate dichroic glass. 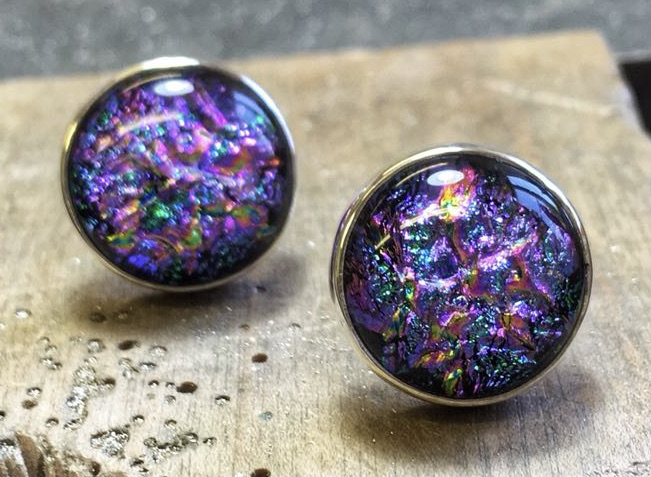 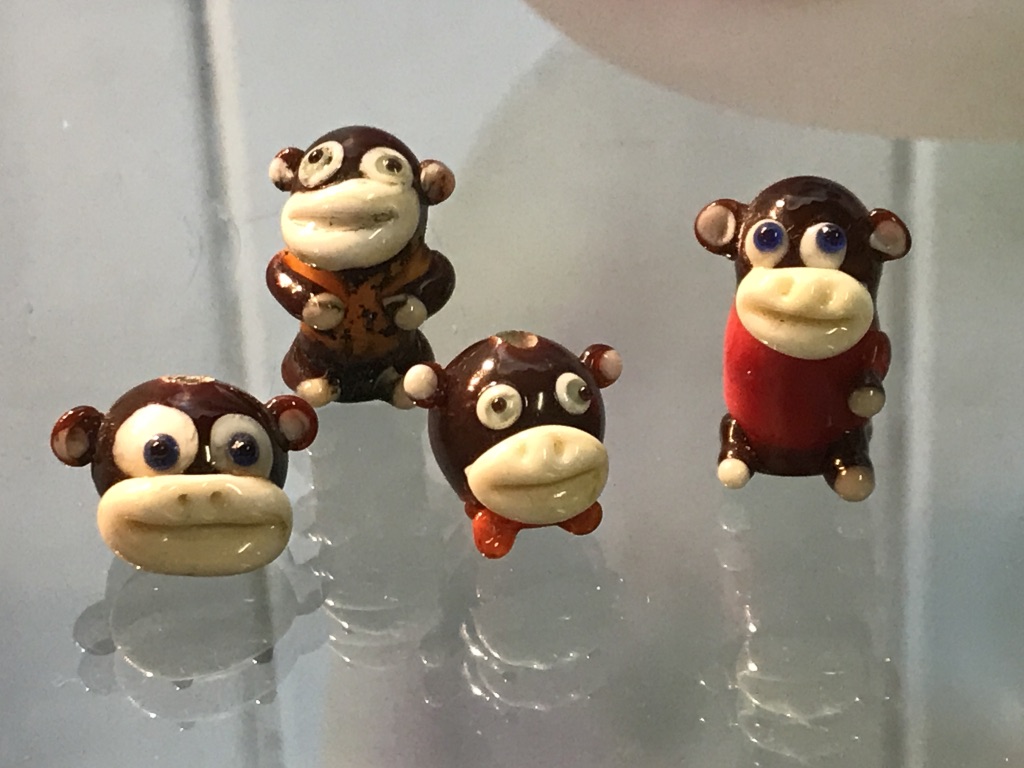 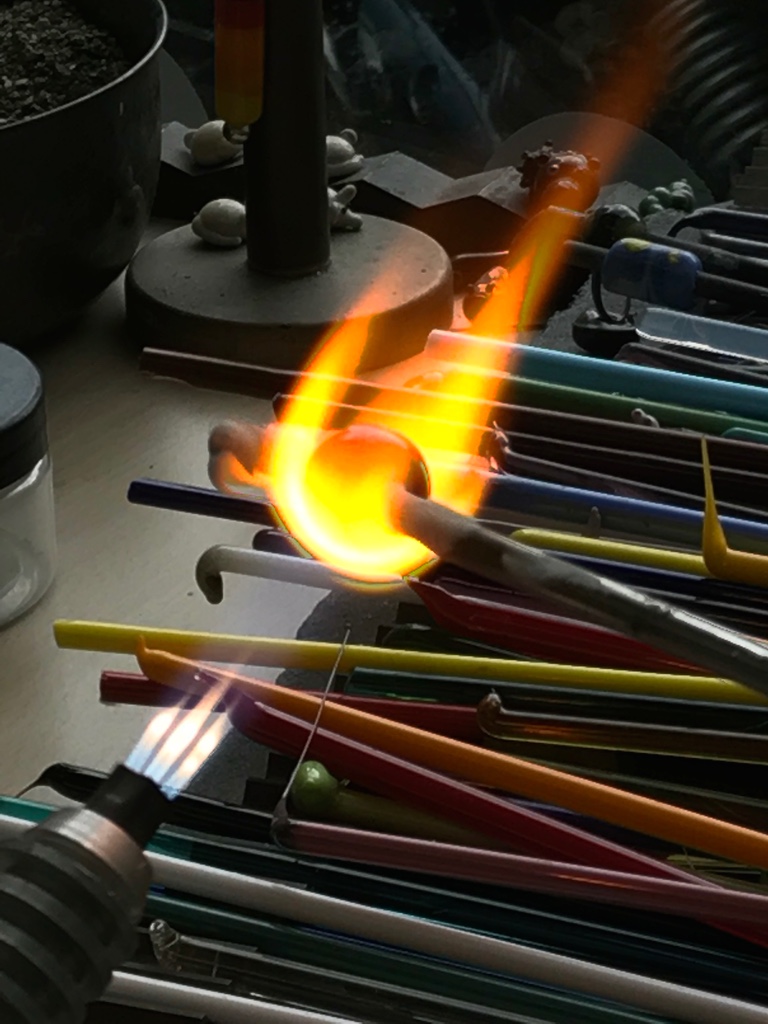 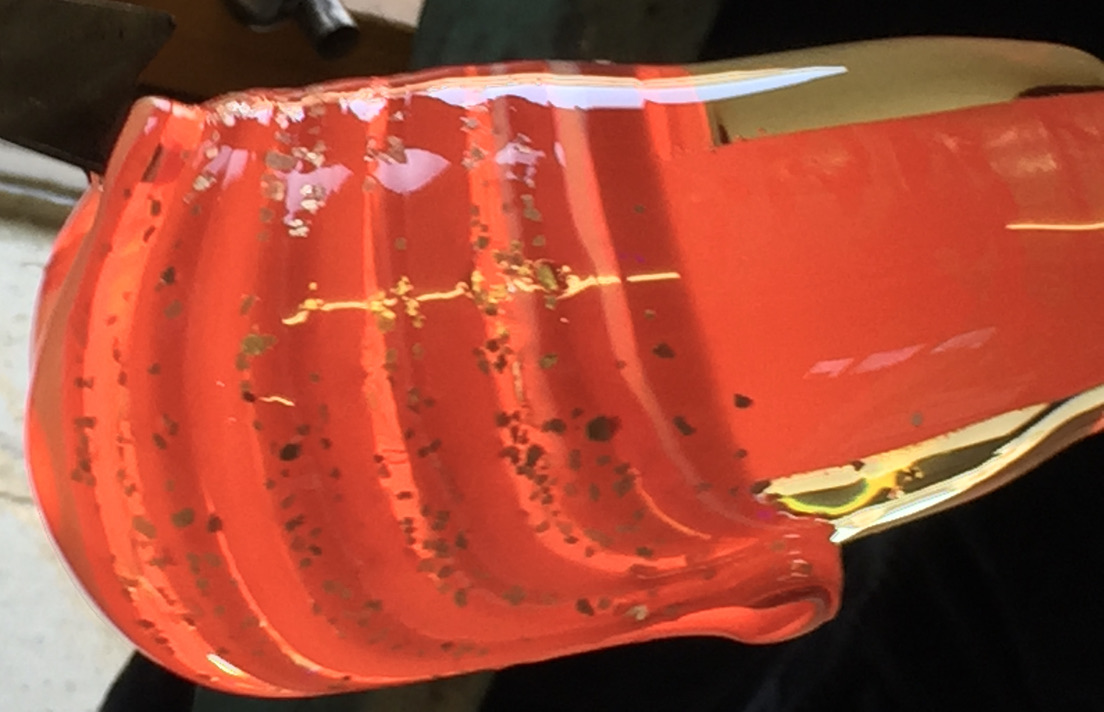 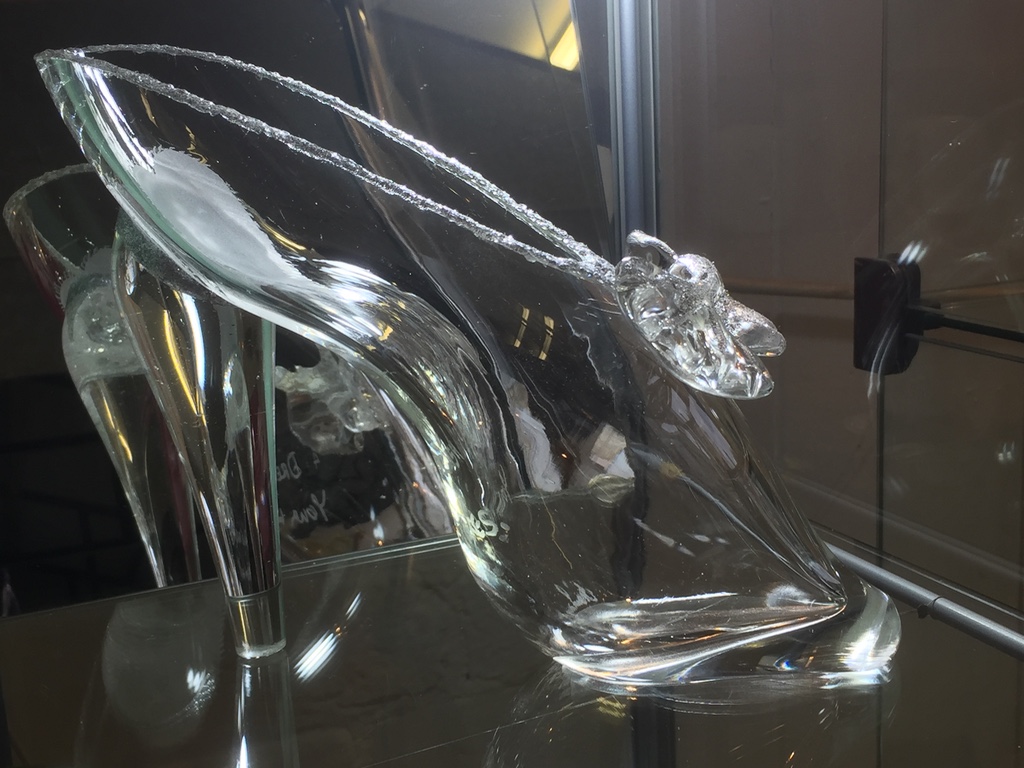